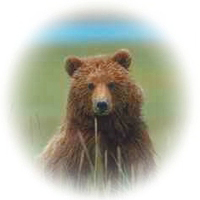 This most appropriate place name had its origin in the "electrifying" experience of a small Hayden Survey party during an ascent of the great peak that stands sentinel-like above the Northern Entrance to Yellowstone Park.


The party that ascended the peak on July 26, 1872, for the purpose of determining its height by anqulation consisted of Dr. Ferdinand V. Hayden, astronomer Henry Gannett, and assistant topographer Alexander E. Brown. The following is Gannett's description of their experience:


A thunder-shower was approaching as we neared the summit of the mountain. I was above the others of the party, and, when about fifty feet below the summit, the electric current began to pass through my body. At first I felt nothing, but heard a crackling noise, similar to a rapid discharge of sparks from a friction machine. Immediately after, I began to feel a tingling or prickling sensation in my head and the ends of my fingers, which, as well as the noise, increased rapidly, until, when I reached the top, the noise, which had not changed its character, was deafening, and my hair stood completely on end, while the tingling, pricking sensation was absolutely painful. Taking off my hat partially relieved it. I started down again, and met the others twenty-five or thirty feet below the summit. They were affected similarly, but in a less degree. One of them attempted to go to the top, but had proceeded but a few feet when he received quite a severe shock, which felled him as if he had stumbled. We then returned down the mountain about three hundred feet, and to this point we still heard and felt the electricity.1


Topographer Brown was fortunate he was not killed by the electrical discharge that knocked him down, and the party's situation remained dangerous even after they retreated from the summit. Dr. Hayden states that they waited until the storm passed over, and "about 4 o'clock in the afternoon we succeeded in reaching the top, and Mr. Gannett found the altitude of the peak to be 10,992 feet above sea. We named it Electric Peak."2


It is interesting that the elevation determined for the summit by Henry Gannet at that time was not the elevation that appeared on the topographic map published in 1878. On that map Electric Peak is recorded at 11,155 feet, which was the accepted elevation for seventy-seven years - until 1955, when a resurvey put the mountain's height back at precisely 10,992 feet!3 Considering the legendary skill of astronomer Gannett, there is less reason for surprise in this latter-day verification of his original determination than in the real puzzle - why it wasn't used on the 1878 map.


The propriety of this place name - Electric Peak - has been questioned only once, as far as I am aware; and that was such a left-handed happening it must be explained in the words of one who was there. Jack Ellis Haynes was the son of photographer Frank J. Haynes, a major concessioner. While Jack speaks of himself and siblings as "youngster," they were all adults, with Jack at 27 already involved in the family photographic business. Keep that in mind as he reminisces (the comments within brackets are from Aubrey L. Haines, the author).


Along about 1911 Thomas Alva Edison, the eminent inventor, spent a lot of time at Mammoth Hotel and in other parts of the park, but he liked Mammoth best because they had a wonderful orchestra there and Mr. Edison was fascinated by the music [he was quite deaf but could hear the orchestra through a horn-like contrivance he held to his ear].... Vice President Fairbanks and Alice Roosevelt Longworth and a lot of other dignitaries landed at Mammoth and Col. Lloyd Brett [acting military superintendent], of course, was all excited and decided to put on a big dinner in the dining room of the Mammoth Hotel in honor of Thomas Edison and those dignitaries...they got a little magnanimous and invited our family, my mother and father and us youngsters to the dinner also. So we went in to where this big banquet table was set. Col. Brett was the host and Mr. Edison sat across the table from him. When the dinner was practically over, Col. Brett rose to his feet and said: 'Ladies and Gentlemen, we have as one of our distinguished guests tonight, Mr. Thomas Alva Edison and you know his reputation for a knowledge of electricity in unequalled in any other individual in the world.' He made a lot of other complimentary remarks about Mr. Edison [a eulogy which Edison followed with his listening device].... Then Col. Brett said: 'It seems to me that it is eminently fitting that the name of Electric Peak should be changed to Mount Edison in honor of this distinguished gentleman and I want to officially propose that the name of the highest mountain in the park be changed to Mount Edison.' Everybody applauded, with 'hear, hear,' and all that stuff. But I didn't applaud because I didn't like the idea; however, practically everybody there seemed to agree with Col. Brett. After the din had subsided a little, Mr. Edison laid aside the thing he had been holding up to his ear and said: 'Ladies and Gentlemen, I appreciate what has been said and all that, but,' he said, 'it would be my preference to leave the name Electric Peak and not change it for anybody, or any purpose.... I think that is a suitable name for that magnificent peak and I prefer that name not be changed.' With that he sat down, everybody applauded, and Col. Brett hemmed and hawed a few moments then said that he would be glad to defer to Edison's wishes in the matter.4


Electric is a usage that has not proliferated greatly. The drainage out of the cirque on the north side of Electric Peak is Electric Creek, which runs into Reese Creek. On the west bank of Yellowstone River, where the ruined coke ovens north of Reese Creek are located, there was formerly a coal-mining town that was renamed Electric in 1904. The presumed reason for renaming, though not the real reason, was explained in a local joke drawn from the original name of the town. It was Horr, named for "Major" Harry R. Horr, who claimed and developed the coal measure found nearby.


Harry was something of a promoter who sold out to a company that styled itself the Electric Coke and Coal Company, and it was convenient to identify the company town with the company. That's the real reason, but logal wags claimed the women of the town had insisted on the change "because they didn't care to live in Horr houses."


1 Ferdinand V. Hayden, Sixth Annual Report of the United States Geological Survey of the Territories... Being a Report of Progress of the Explorations of the Year 1872 (Washington: Government Printing Office, 1873), p. 807.