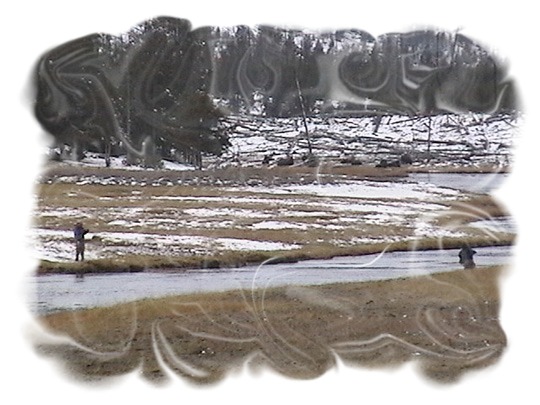 Carlene and I left Rexburg, Idaho and headed north to Yellowstone National Park to spend the last Saturday there before they lock the gates and close the East, South and West entrances at 8:00 am Monday morning. We've had fun these last couple of weeks watching the streaming live video of Old Faithful area. It's been great to have that and so we figured we'd make a run up here the last day it's open and enjoy the park. A little bit before 10:00, we got to West Yellowstone. There wasn't much traffic at all. We entered the Park and decided to drive down Riverside Drive along the Madison River. There's a little bit of snow on the ground in the shady areas that hasn't been burned off by the sun. It's a beautiful day. The temperature is about 36 degrees and we have sun and a partly cloudy day. We did see about 9 swans on our drive up from Rexburg at Island Park out along the river and I don't know if their coming down for the winter now or migrating further south. It was nice to see them.

After we left Riverside Drive and approached the Eagle observation area, we noticed that the bald eagles were on the nest. It looked like they've rebuilt the nest. It was nice to see them there. About 11:30, we drove to Fountain Flats and saw a few folks out fly fishing and a small herd of bison. I took some pictures of Fountain Paint Pots as we drove up to it. There were not a lot of people in the park. It's a beautiful over cast day and it's still hanging about 36 degrees. It's about 11:57 and we're on our way down to Old Faithful. About noon, we took the drive back to Gray Fountain Geyser and not too many people back here, but we had a nice drive.

I took some pictures of White Cone Geyser and talked to a couple from Germany who were here visiting the Park and just having a great day. We drove back by Firehole Lake and due to the temperature difference and everything, there was quite a bit of steam. The drive back to those geysers was our first drive of the fall on winter roads as part of the road was snow and ice covered.

We drove into Old Faithful and parked by the temporary visitor center. As we got out of the car, to our great surprise and joy, we ran into Jake. He too was in the Park to enjoy the last few days before it closed. We went to the Geyser Grill and had lunch. We met a group of friends from Mammoth and Gardiner and had fun chatting with them. We ventured out into the brisk cold wind to see what the Geyser basin had in store for us. Jake took us on a tour and we looked at all the thermal features and activity. We stopped at Beehive with high hopes of observing an eruption with no success.

We were hopeful that a few other friends were going to catch up with us in the Upper Geyser Basin. Jake had his radio on but no one called.

About 2:30 PM, Carlene had gone back to the car because she was cold, the wind was a little chilly. Jake and I stayed and watched Old Faithful erupt one more time. We turned and saw that Castle was starting to erupt, it was about 2:40 PM or so. We walked down to Castle. We looked over to our right and there on the boardwalk was a grizzly walking so we set up the cameras. Jake called the Ranger Station and let them know about the grizzly. They asked if there were any people in the bear's path. Jake said that there was a couple on the trail. The Ranger asked Jake if he could clear the path and let people know about the bear until they could get up there. Jake stopped the couple and then we watched the grizzly cross the meadow and small stream and go into a small sliver of lodge pole pine and brush and then come out of the trees and snow and walk toward us. The bear then turned left and walked toward the trail surprising a young couple who were on the trail walking to Castle. They hurriedly came over and watched the bear with us. We ended up with a small group of about 6 who were standing at Castle Geyser oohing and ahhing over the bear.

At this time a Ranger drove his car up the trail and started to stop folks walking towards the bear. The ranger kept an eye on the bear until he went out of sight. This was the first time in our lives, Jake and mine, that we had seen a grizzly in the upper basin. That was pretty cool! Not a lot of people there but those who were enjoyed watching the bear. It was a good looking bear.

It's now 4:33 pm and we are headed out of the park with a herd of bison as an escort walking down the road in front of us. It will be a slow trip out of the park waiting for them to get off the road and clear our way, but we don't mind. 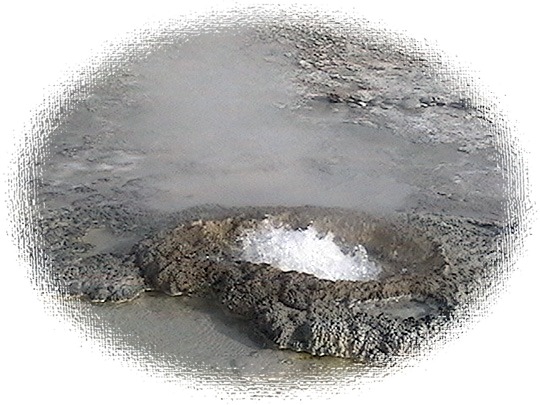 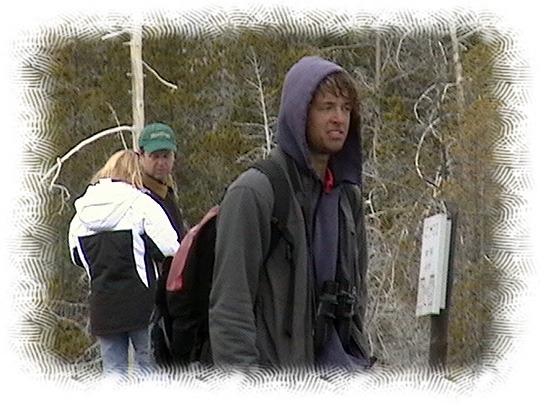 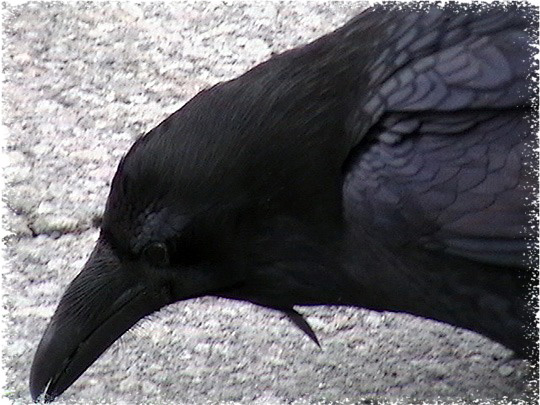